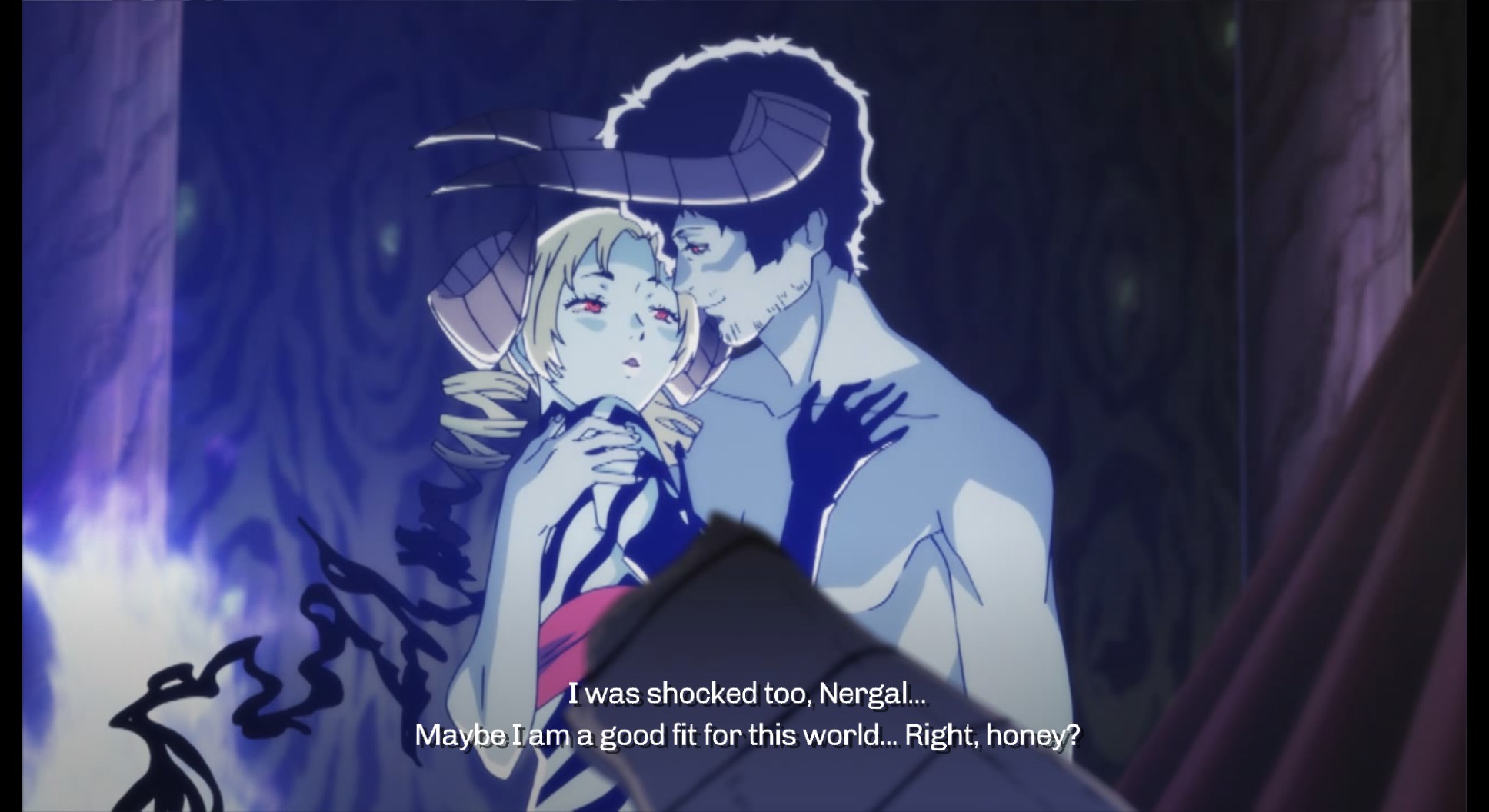 Ever since I was a child, I’ve loved the idea of summoners and necromancers. Skeletons are cute and the idea of resurrecting fallen (potentially enemy) warriors to fight by your side is a great idea and I love the whole thematic around it. However, when it comes to games, I feel like there aren’t enough games that let you do something that is so immoral. In a way, reviving corpses is desecration, after all, right?

Similarly, I love it when games let you perform choices that are immoral in a way, even when I myself in real life (at least the human that I pretend to be) would never do anything like that. In Fable, for instance, you can decide if you want to be an angelic hero of justice… or you just slaughter people, rob the poor, take bribes, and sacrifice people to the Chapel of Skorm in order to gain your lovely devil horns and your demonic aura.

And I know, I know… Being bad is… bad. Obviously. I’d never kill anyone in real life or I’d perform robbery… but the aspect of being this character that you could never embody in real life is actually quite intriguing and I feel like there are not enough games that let you do. Of course, you have these few titles with two different endings that let you be “bad” or “good” and it influences your ending which then… blablabla… Bioshock 1 and 2 did that btw where you could show mercy on people and rescue the Little Sisters or you could kill them and harvest the little brats and it would give you a different ending… but I feel like those games aren’t going far enough. You basically just have two choices: Right or wrong. Good or evil. But there are a lot of things beyond good and evil (great game btw) that let can’t just be seen as inherently evil or good. Robbing people would be bad but what if you redistribute the money you rob to the poor to enable them to live, for instance? Or what if you have to kill someone to save someone else (like with the Trolley problem)?

Games often try to make you believe that there are only two choices and that you can’t be in the middle or go even further… it’s a bit of a habit that some companies have to make it easier for themselves, and I find it somewhat lazy.

Catherine Classic does a great job by letting you achieve one of nine endings ranging from “very evil” to “very good” and it has some neutral endings in the middle… but the problem with that game is that it still abides the traditional values of “good” (aka marrying, only having sex to reproduce, no fetishes, etc.) and “evil” (aka Lust, hedonism, cheating, fetishes, etc.). You have to answer some questions and based on your answer it (sometimes rather randomly) assigns a value to your Karma that basically influences your ending. Your texts with either Katherine or Catherine also influence your ending… and generally, the game wants you to think that going for Catherine is bad and that going for Katherine is good… despite there being plenty of things that are wrong with Katherine. Just a hot take, I guess.

Overlord does a great job of letting you chose what to do. You get to become an “evil” Overlord and either save towns and be celebrated or enslave them and be hated and feared. You’re not just some bad guy but you’re actually THE Overlord that rules Hell itself… or at least your dark domain. The game lets you perform whatever choice you want to perform as you’re kind of the hero of your own story. The heroes that are in the game that oppose you, more often than not, seem to be twisted themselves and resemble caricatures of hero tropes, which is a great take, in my opinion. Dungeon Keeper lets you experience the story of some sort of evil being that is creating the living space for the undead, the monsters and the other evil beings that get threatened by those pesky humans. Fable lets you be a devil. In Skyrim, you can be an outlaw.

My point is that these games don’t judge you for being bad but they don’t condone it. When you perform an evil deed, you’ll notice and the characters will treat you differently. Fable has this weird thing where you get booed and insulted by everyone if you go for an evil playthrough, even though everyone is afraid of you… which is kind of silly in a way. In Overlord, you actually receive rewards for being the good guy and saving people and stuff. In Skyrim, you can murder bandits and nobody will judge you, even when murder is bad… and you can join a creed of assassins… which is quite cool, y’know? In Carrion, you’re the monster that is escaping a research facility… and you murder everyone… and that’s cool. The game WANTS you to be evil and I love that!

But how far can you take this? I feel like there are boundaries that you shouldn’t cross, I’d just love it if we could still move more freely into this chaotic evil kind of playstyle in games where you’re the villain and do bad things but don’t take it too far. I feel like it should be possible for you to be the bad guy in games without getting judged for it by the developers and without the game putting you at a disadvantage. I’d love it if games would more often get into that mindset of this evil lich or other villaineous beings that try to conquer the world. I’d love it if you could play as a skeleton (like in Skul or Osteoblasts) more often instead of this scrawny Prince Charming that saves the day yet again.

Obviously, games shouldn’t take things too far. I don’t think that you need to show how someone slowly thrusts a knife into someone’s throat (talking about The Last Of Us 2 btw) or how your character tortures someone by pulling out their fingernails or by breaking their fingers one by one (like in GTA V)… I also don’t think that you need to murder children (I’d never do that in Bioshock btw) or that you need to r*pe women in games to be “evil”. You don’t need to kick puppies or burn people alive in order to be able to play out that fantasy. I think games don’t need to go that far but they still should allow some sort of freedom. They should restrict the player when it comes to things like the points mentioned above but also allow you some freedom of choice when it comes to “do you want to be evil or good or somewhere in-between?” and I feel like I haven’t seen too many games that pulled that off well. Beholder has some interesting mechanics and ways of letting you do things that aren’t ethical to potentially save people… and it also allows you to do similar things to do bad things or punish people or frame them. Meanwhile Catherine Classic was quite obvious when it came to what choices the game wants us to make to achieve certain endings.

I feel like that could be great. I feel like that’s something that I’d enjoy and that other people could potentially enjoy playing as well and that games need to explore more often. Obviously, we don’t need a game where you just assault people and r*** them and whatever. I think that certain boundaries are obvious to anyone.

Edit: I’ve added the example of Carrion to one of the paragraphs as I love that game and I forgot to mention it despite intending to. #fixed

What do you think? Do you know any games that do this quite well? Let me know!