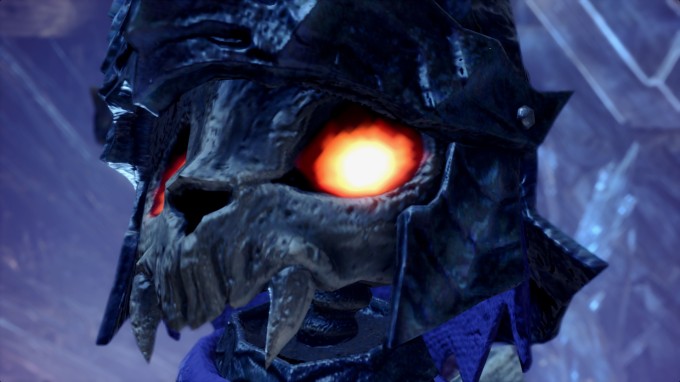 So, the last time I played Monster Hunter World, I beat Shara Ishvalda and basically finished up MHW’s story… and then there wasn’t really much to do or so I thought! Actually, the world is not explored yet! Because… for whatever reason… there’s another place that we haven’t seen yet. So, let’s sum up everything up until now… We travelled to the new world, then we fought a lot of monsters and stuff before defeating Xeno’Jiiva. Then we found out that there is a new part of the continent… that’s where Iceborne takes place and where we also fought a lot of monsters before eventually defeating Velkhana and Shara Ishvalda… and then, this is what happens now, we find out about YET ANOTHER NEW AREA.

I feel like the A-Lister Scouts did a shitty job here. How did you not spot this new area? The Guiding Lands? Like what the fuck? So, there’s this whole new area and it basically consists of micro-biomes. Some areas look like the Rotten Vale and the Ancient Forest or the Coral Highlands… and by beating monsters there, you level them up and get new monsters to spawn, including new elder dragons… so that’s how we’ll encounter the Safi’Jiiva, Alatreon, Zinogre, Fatalis and so on. It’s an interesting concept but I’m not entirely sure how I like it and if I would have preferred it any other way.

I also completed the new event quest where you play as Artemis from the Monster Hunter movie and it was… alright. You hunt down a Black Diablos and a supersized Rathalos… and you then get an item to craft the armour set for Artemis. You initially fight the enemies using the dual blades but honestly, I’m not at all familiar with those weapons… and even the insect glaive and other weapons you have available to you aren’t exactly too good, in my opinion, making this quest rather hard. Diablos buries himself a lot and Rathalos does a lot of flying around… and I can’t deal with it that much but eventually I got it… The event quest was my true final boss, you could say.

But honestly, I’m not entirely sure how I feel about the Guiding Lands and if I want to play more MHW for now. I mean, a lot of the friends that used to play it don’t play it anymore and I’m not entirely sure how much I like Monster Hunter World in Solo. Maybe I’ll get back to it again eventually but for now, I’m kind of burned out and don’t feel like playing a lot more Monster Hunter World… but I really enjoyed having an ongoing series on the blog that features one game with different parts to it and stuff… I may create some posts on the upcoming “NieR: Replicant ver.1.22474487139…” or I may stick to more review posts for now and some other ramblings.

Hope you enjoyed the Monster Hunter series! If you wanna go on hunts some time, let me know. I’ll be here. While I may not seek to play MHW right now, I don’t think that I’ll quit it immediately. I’ll just take a bigger break until I find some more motivation to play it again, if that makes sense.