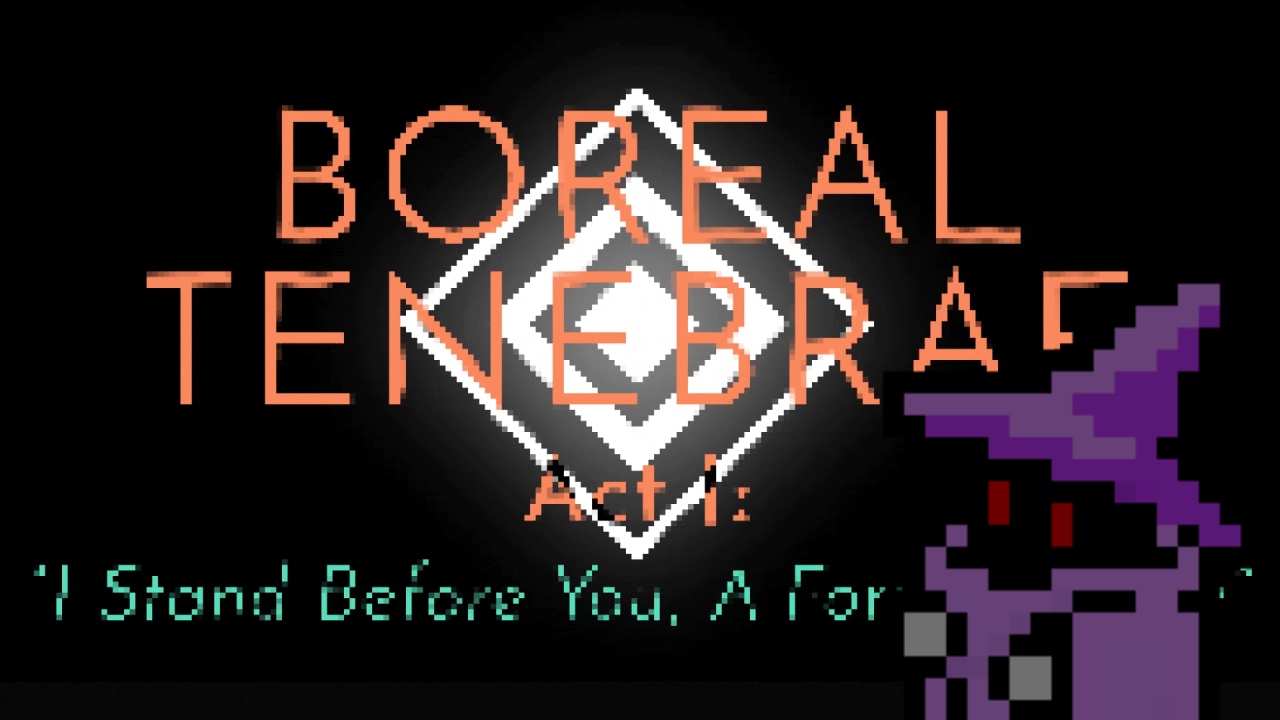 While it has been relatively hot yesterday, the weather changed quite rapidly and it became quite cold, windy and rainy today. “Oh, well,…”, I thought. “I don’t have to go outside anyway, so I’ll just start up my stream and enjoy a cosy day as per usual.” Well,… I had to cancel the stream today because my internet did things again and we ended up dropping frames and hence, I tried catching up with streamers that I wouldn’t usually catch on Saturdays. Then I spent some time editing a video and I cooked some Chili today, which was nice. Hence, a post on today’s Editing Adventure, essentially.

For starters, I’ve spent the majority of the day editing my First Impressions video of Boreal Tenebrae. The audio had some hiccups and I didn’t like some parts of my intro, so I ended up recording a new video the other day and went through a whole ordeal to edit it together today. Editing really wouldn’t have been an issue for me with what I originally had planned but since I didn’t want to trash yesterday’s recording completely, I ended up cutting out the beginning section of the video and recorded a new thing for that… but I liked having the main menu in the background for that section, so I essentially removed the initial recording’s intro’s audio completely, recorded a new bit for that section with my little lich in front of a green screen. Then, I added that into that section and added effects to it… and that was quite hard for me since I couldn’t figure it out from my decade-old knowledge of Magix. I mean, I probably forgot all about Magix at this point but DaVinci Resolve is a whole different beast, in a way, as it makes a lot of things easier. In DaVinci Resolve, I had to drag and drop the 3D Keyer found under Resolve FX Key into the newly created re-recorded “Green Screen Lich” Intro as I titled it before I headed into the editing tab where I selected the Inspector at the top right of the screen and selected the clip. I then had to simple drag lines where there was green using the selection tool and click on “Despill” to get rid of green artefacts that remained. Voila, Green Screen is now seethrough.

The background part was more annoying though. Since I’m using the free version of DaVinci Resolve, I wasn’t able to use the Lens Blur found under Resolve FX Blur, which is why I had to experiment with the other effects… until I noticed that the Mosaic Blur is the easiest to use at that moment. I played around with the settings for it until I achieved a nice effect, showcasing the main menu in the background from my initial recording but blurred out as my lich popped into the screen and said what went wrong and why I had to re-record the intro. The initial recording went on for about two minutes about the resolution issue in Boreal Tenebrae and the other issues I was facing. While I was recording, I was just a bit frustrated, honestly, and went on that small rant… “Rant” isn’t the right word, though, as I was mostly talking about how stuff could’ve been better implemented or where it was very annoying… but either way, you can’t hear that anymore and instead you’ll get to see my one-minute long intro instead, cutting the time in half.

Cutting that time in half is nice for the pacing of the video but sadly I didn’t have much main menu footage left anymore and had to improvise. I didn’t want to create new footage since the background images in the main menu of Boreal Tenebrae seems to cycle through random sections of the game… and had I just recorded new footage and planted it into the mix, I would have ended up with a strange cut there, which is why I decided to do something much more complicated. In hindsight, this was silly since I could have just recorded the main menu for the exact length of my new intro section but even if that was silly, it actually was rather helpful in a way. My solution for the problem, after all, was that I basically would cut the main menu footage at the halfway-mark of the intro and then I’d copy that section, paste it, add it to the previous clip and play it backwards with the same blur-filter on it as before. If you head into the Editing Tab, you can right-click on any clip and change its speed, which is nice. Originally, I experimented with slowing it down, but that was kinda annoying to do and didn’t look that nice. Instead, I basically just set it up to run backwards and aligned the two clips together, resulting in it playing normally (which looks pretty) up to a certain point before playing backwards in the same way (which looks also pretty) until the intro’s done and until we head into the game.

I feel like that whole ordeal was rather precious in the end, as it enabled me to find out about a lot of things. I learned:

In the end, it’s still not a masterpiece. If I had more time and motivation, I’d probably end up recording another new intro as a car is audible in the recording at one specific point, which is quite annoying. But I also know that once I start reworking things, I’ll end up procrastinating a lot or I’ll end up never uploading it. Hence, the video should be up later tonight on my YouTube channel and I’ll try to embed it into the post tomorrow.

At last, I made some Chilli con Carne today and it’s way too much for one person, I think… but at the same time, I ate a lot of bowls today, to the point where I may pop at any time. So, I won’t have to cook for the next few days and I may chug some of it in the freezer once there is more space in there. I ended up adding a lot of different things into it, this time around, which was fun as it turned out better than my last attempt… I may potentially share my recipe on the blog as well if I run out of blog prompts.

Hope you enjoyed this post! I used to edit videos all the time in the past and I’ll sadly have to relearn everything because I can’t remember anything from my Magix days… and well, DaVinci Resolve, so far, has a lot to offer and actually enables me to learn things a lot quicker, even if it has its frustrating bits here and there. It’s a nice program.