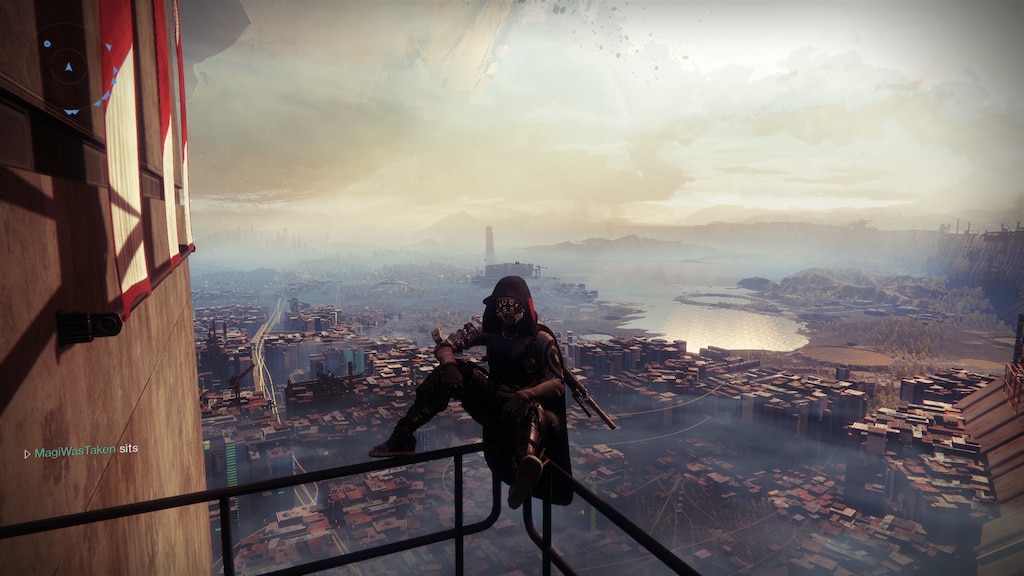 Destiny 2 has been one of those games that I play every now and then but never could truly get into. I mean, in December (when I first started playing it) I ended up spending around 90 hours in Destiny 2, while I’ve only accumulated 37 more hours in the past four months.

But just a few weeks ago, I picked up again and played through Shadowkeep and when I got into contact with some friends about my build and my favourite weapons, they noticed that I got a god-roll of sorts for my Bug-Out-Bag.

Honestly, I just liked the feel of it and kept it along the whole time as it’s great for ad-clear and does a ton of damage, not to mention that it deals solar damage and can take down wizards and the weird solar-shield cabal-guys with one magazine only (if not even less).

Overall, I’ve been a bit lucky with a few exotic drops like the Bombardiers in the Forge and just recently I also found another exotic that I may use instead of the Bombardiers.

Well, for anyone wondering: I’m running a Middle-Tree Solar-Hunter (Way of Thousand Cuts) with the incendiary grenade, triple jump and gambler’s dodge.

Essentially this allows me to throw a whole bunch of flaming knives at enemies which is just a ton of fun. When you set people on fire (usually with either the melee ability or the grenade), your melee ability and class ability cooldowns are ticking down a lot faster, allowing you to throw more knives and roll more. Now, my class ability also recharges my melee ability, so I essentially go C -> V -> C or rather Melee -> Class -> Melee and at that point usually have my class ability/V back again.

The Bombardiers also drop a “parting gift” aka a grenade on the spot where I use my Class ability (V), hence increasing my DPS quite a bit. Overall this build is a lot of fun, especially since destroying burning enemies recharges “Knife Trick” (my Melee/C) more quickly as well…

And just recently (after finishing the Shadowkeep campaign), I received the “Assassin’s Cowl”, a hunter-class helmet that essentially grants me healing and invisibility whenever I get in an empowered Arc, Solar or Void melee final blow or when I use my finishers. Hence, I can now turn invisible instead of using the bombardiers and this helmet also gives me more mobility (which means a lower cooldown on my class ability/V) than my current helmet.

So, once I get some better shoes, I’ll go with this exotic helmet instead and try to min-max around mobility and mods, once I’ve reached the light cap of 1010! Right now I’m only sitting at 955, although I just need to get back to the grind.

And I haven’t even gotten into the exotic weapons that I could use with this build. For instance, I’m running Bug-Out-Bag with a Reload-Masterwork as my secondary weapon and a god-roll Interference VI with Swashbuckler and Clown Cartridge, Quick Launch and Spike Grenades as my third weapon. Apparently, that’s really good and allows for the highest possible DPS in the game, which is going to come in quite handy during raids. Sadly that means that I won’t be able to use my beloved Hammerhead or my Whisper of the Void as much as I’d want to… but whatever. Whisper is still great against boss fights, though I’d have to see how much better my Interference VI is.

The only problem with that is the fact that I don’t make use of any Secondary Ammo, so I may go with no Exotic at all and instead use my Hawthorne’s Field-Forged Shotgun that dropped today and use this one instead – again, because of some great rolls! It has got the Surrounded and the Underdog trait, resulting in me dealing bonus damage with it when there are three or more enemies in close proximity and me getting a boost to reload speed as my health gets lower.

Usually, when I’m surrounded with by enemies with my glass cannon hunter here, I end up rather low rather quickly, which is why this weapon might be quite optimal. I could use the shotgun to get up close to a lot of stronger enemies, get low, and then afterwards kill some ads with my knives to receive healing and invisibility to get back to safety, with the help of Assassin’s Cowl!

Overall, I’m rather happy with the min-maxing and customization that is possible in Destiny 2 and I really like the characters, the story and the gunplay… so I might get back into it now that I know that my luck with these weapon-rolls is kind of big…

As far as the “Double-Primary vs. Hawthorne’s” argument goes… I might just need to grind up Izanagi’s Burden or aim for the Chaperone or the Arbalest to get a kinetic secondary weapon for my build. Arbalest is great for shielded combatants while the Chaperone just deals a ton of damage as far as I know… and Izanagi’s is great against Raids, I’ve heard, so I’m looking forward to getting that one… I also like snipers so that’s a win-win-win-win, I presume? (Exotic, Secondary, Sniper, good in Raids)

Alright. I hope you enjoyed this little post about me and my build. Until next time…

One thought on “Destiny 2 – Getting back into the grind!”